Among its central activities, our Centro Studi has the realization of research projects in humanities and social sciences (archaeological, anthropological, historical, literary, ethnomusicological, etc.). These activities always take place in international collaborations with other institutions in different countries of the Americas: Mexico, Brazil, Peru, Venezuela, Argentina and so on.

In this way our Center constantly promotes and implements scientific cooperation activities.

But, like all the activity and the very existence of the “Circolo Amerindiano”, the research projects are all carried out with the social utility as a perspective and, more specifically, with the “enhancement of the material heritage as the purpose and basic philosophy. and intangible for the integral development of the resident population”. This implies that all research has international development cooperation as its background.

From November 2007 to 2013 the Centro Studi, in collaboration with the Italian Latin American Institute and with funds from the Italian Cooperation of the Ministry of Foreign Affairs, promoted, directed and administered 3 international cooperation projects in Chile, Argentina and Peru. 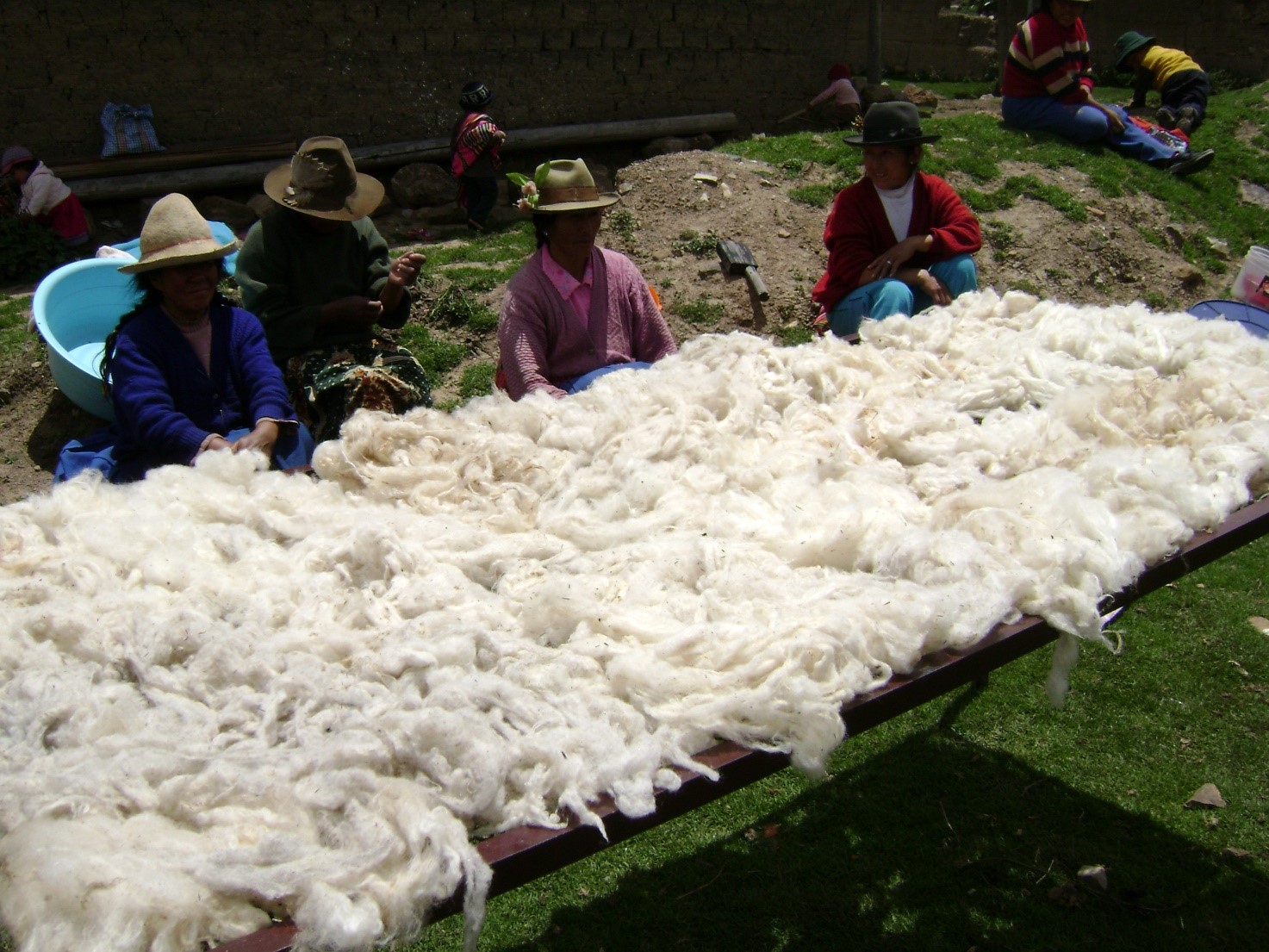 ARTS, Traditional art and socio-economic development in the province of Huari (Peru), 2008-2011, in collaboration with the Archaeological and Anthropological Mission “Antonio Raimondi” – Civic Collections of Applied Art, Extra-European Collections of the Sforzesco Castle in Milan, engaged in revitalizing local arts and knowledge, such as weaving with vertical loom, the manufacture and use of musical instruments and the manufacture of ceramics because these productions present absolutely original and unique specificities throughout the Andean area, both from the point of view of materials used and for their manufacturing techniques.

The project, coordinated by Claudia Avitabile (CSA “Circolo Amerindiano”), was carried out by Carolina Orsini (Archaeological and Anthropological Mission “Antonio Raimondi” – Civic Collections of Applied Art, Extra-European Collections of the Sforzesco Castle in Milan), Sofia Venturoli ( CSA “Circolo Amerindiano”) and, on the spot, Aliz Ibarra. 29 local craftsmen were hired to make the products. 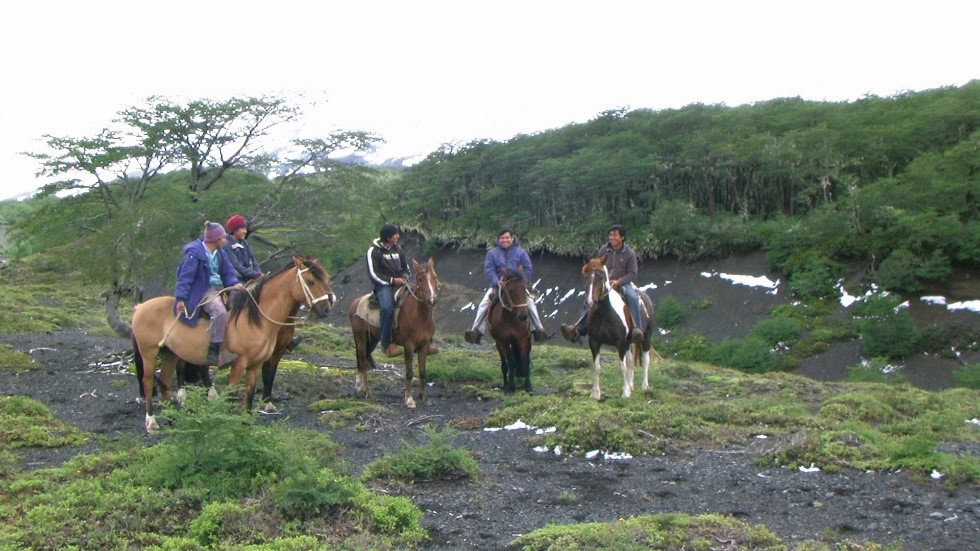 Institutional training, research and documentation for the sustainable agro-forestry development of the Mapuche communities of Chile, 2008-2011, Coñaripe, Mpio. de Panguipulli, Provincia de Valdivia, XIV Región de los Rios, in collaboration with the Interdepartmental Center for Studies on Indigenous America of the University of Siena, the aim of which was to promote harmonious management of the local resources through the active participation of rural communities in the area in the processes of enhancing the rural economy, the environmental and cultural heritage and in the preparation of an eco-sustainable exploitation of agro-forest resources and in the tourist offer. The anthropologists Claudia Avitabile (Centro Studi Americanistici “Circolo Amerindiano”) and Fabio Malfatti (CISAI, University of Siena) were involved in the coordination and implementation, while on the spot Gerardo Berrocal Silva and Isabel Caripán Huilipán were referents. 50 contracts have been issued to local staff. (https://sites.google.com/a/unisi.it/mapuche/)

Tejenderas, traditional weavers from the mountains of the Mina Clavero area. The tradition of these women was the subject of the homonymous project

Tejenderas Traslasierra. Artisans of Argentina, 2008-2013, in collaboration with Movimiento Cultural de la Cañada Larga – Caravanas en mi pueblo, aimed at the recovery of natural dyeing and weaving techniques, as well as the recovery of traditional designs, in order to reactivate the artisan textile production in the area of the province of Córdoba.

The project was coordinated by Gabriela Peñalba (C.S.A. “Circolo Amerindiano”) and on site (Mina Clavero) she directed María Inés Papy, who hosted the training workshop of the young tejenderas in her museum in Cañada Larga (Mina Clavero).

Ruta de la Obsidiana is a general project that includes both scientific research (since 1994) and development cooperation (since 2008), has as its scope the village of Paso del Bote (municipality of Tlalixcoyan, Veracruz, México), which insists in the archaeological site of Cerro de las Mesas, object of the research activity, and as a purpose the study and enhancement of the cultural, material and immaterial heritage, for the purpose of the integral development of the community of the area. The project, both research and development cooperation, has received funding from the 8×1000 of the Waldensian Table, with which two projects have so far been carried out:

– Tradition and development in Paso del Bote, was carried out between 2010 and 2012 and had the objective of revitalizing the choreutic-musical traditions of the area, through guitar courses and traditional dances; 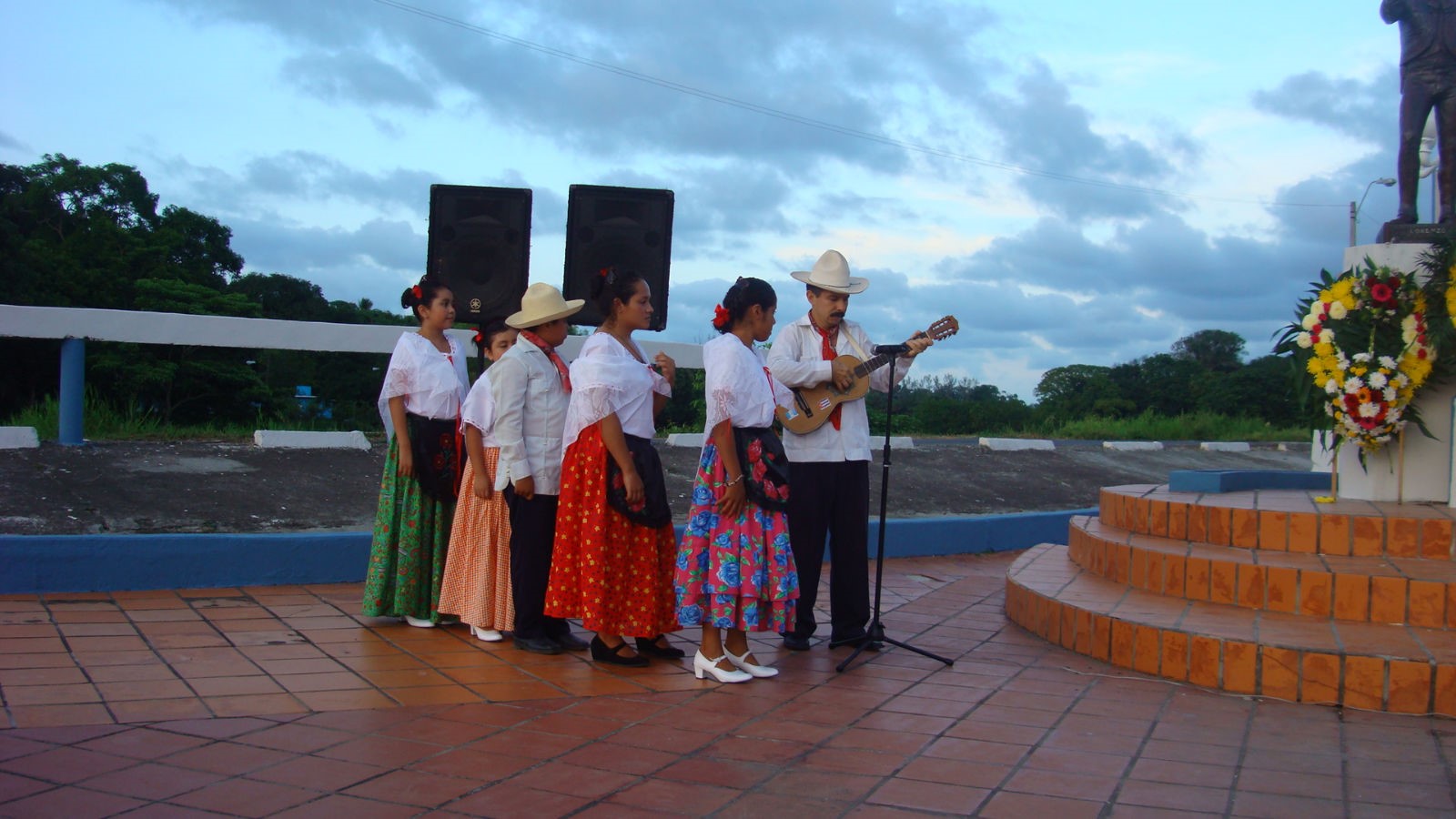 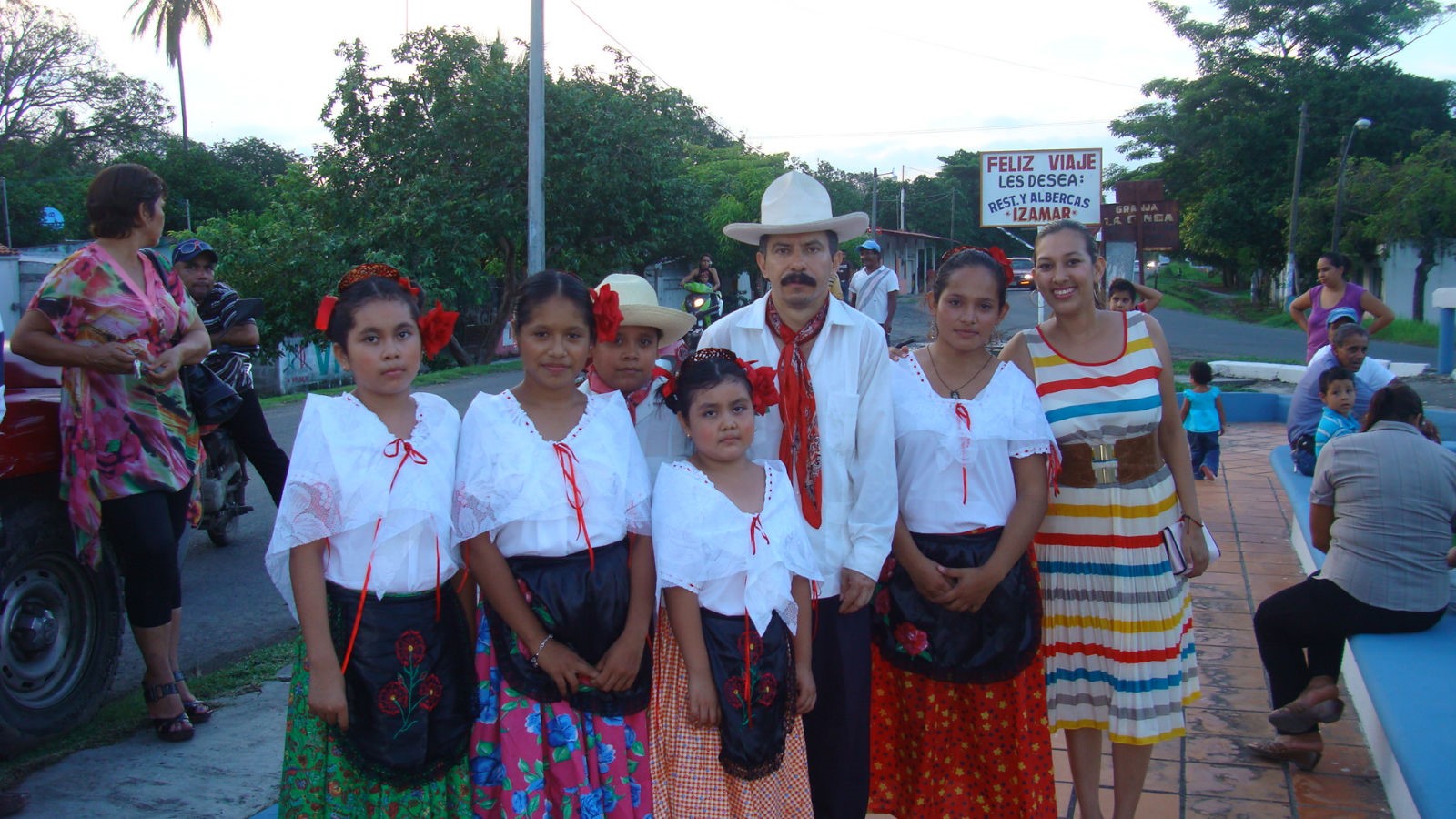 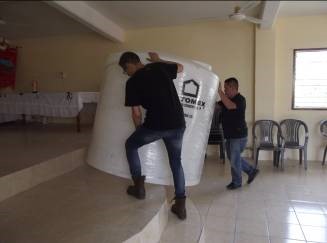 “Tradition and development in Paso del Bote” project: the master of jarocho music and dance Rubén Hernández Sosa with his students in traditional clothes.

Tatawelo: the project was born in 2003 from the synergy between various organizations of the Italian solidarity economy to accompany the Zapatista indigenous communities of Chiapas (Mexico) – who have been fighting for years for the affirmation of the right to live with dignity on their lands and according to their culture – in achieving real autonomy, and in creating conditions for sustainable development. The distribution network of the Tatawelo Café Excelente is made up of cooperatives, shops around the world, joint purchasing groups (G.A.S.), associations, collectives, ARCI clubs, members and individual supporters throughout the country. This network supports the project through pre-financing, or by paying the coffee in advance and thus allowing the Tatawelo Association to pay producers a substantial sum, variable according to the availability obtained, of the total value of the coffee purchased.