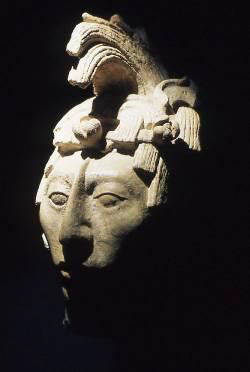 Centro Studi Americanistici “Circolo Amerindiano” is an association composed of scholars and passionate persons of American Studies, namely the complex of disciplines that, under various scientific perspectives (anthropological, archaelogical, historical, artistic, political and so on) cope with the cultures developed in the American continent, with no limits in space and time, from the Bering Strait to the Land of Fire, and since the first human populations to our days.

The activities of C.S.A. “Circolo Amerindiano” follow two directions: the first, aimed to study and dissemation, grounded on the belief to deepen the scientific knowledge of Americas’ cultures; the second, aimed to allow that the results of the abovementioned studies contribute to the interculturality education and represent a support, although small, to the fights that still today the native American populations carry out for their survival.

The existence of Ce.Do.Ri.CA is an organic part of this philosophy, so that its materials are conceived to be used for the education to the Other and, consequently, to be used by scholars and students.

The Center for Documentation and Research “Circolo Amerindiano” (Ce.Do.Ri.C.A.) of Centro Studi Americanistici “Circolo Amerindiano”, with its more than 30.000 books and fascicles (the ones already in the headquarter in Perugia, those obtained by testamentary disposition, and those in phase of acquisition), more than 400 journals, and thousands of images and videos, hundreds of ethnographic objects, museal replications and plastic models, and the annexed Archive that collects tens of thousands of documents, on a national (Italian) level presents itself as one of most wide and complete archives on American Studies.

This material has been made available to the public, thanks to the collaboration of Perugia Municipality, which has granted the venue in Via Guardabassi; to Region of Umbria, whose Immigration Bureau supports and finances the projects for valorization and integration since more than 20 years; to Cassa di Risparmio Foundation, that in 2003 has given a contribute for the purchase of an importan Ethnographic Collection’s acquisition; and lastly thanks to the steady financing help by Libraries and Cultural Institutions of the Ministry of Cultural Heritage and Activities.
In 2004, with the moving to Via Guardabassi, 10 and the opening of Ce.Do.Ri.C.A., our Library has gained two funds: the entire corpus of the “Gruppo Ricerca Amerindiano” of Lelio Basso Foundation, given to our Center after a signed agreement, and the library of Rodolfo Calpini, following his testamentary disposition, that is composed of 5000 books circa, precedently present in via M. Poggioli 58, Rome.

From May 17th, 2007, the Library has become civic by resolution of Perugia Municipality n. 152.
In 2004 the Ethnographic Collection was enriched by 500 items granted by the anthropologist Nina Borruso and the ethnologist Gerardo Bamonte.
In 2010 another fund has been acquired by IILA in Rome and, subsequently, the Roberto Giammanco Library. Currently, the entire private “Gerardo Bamonte” Fund, composed of 4000 volumes, thousands of images, hundreds of records and videos, hundreds of ethnographic objects, is in phase of acquisition.
Due to its richness, Ce.Do.Ri.C.A. is not simply destination of more and more visitors such as students, researcher or curios people, but it is also place of learning for trainees of Italian universities.
All Ce.Do.Ri.C.A. materials are at the disposal of every kind of users.

At the present, Centro Studi Americanistici “Circolo Amerindiano” onlus holds the property of all materials and the ownership of activities currently ongoing.

The evaluation of activities, and of their coherence with regard to this project’s philosophy, is made by the General Assembly of Members following what is established in the Statute of Centro Studi Americanistici “Circolo Amerindiano” onlus.

The financing administration, the annual planning of activities, the scientific management, including the division of tasks, is up to the Governing Council of CSACA.