Supporting members are those members who pay a voluntary special fee – having set a minimum annual amount.

This page is dedicated to some biographical notes about our supporting members in 2015, who sustain our Centro Studi not only on a economic level, but also with donations, activities and helps of every kind.

Gianluca Brocca is born in Venice and has moved to Mexico in 2002. As enterpreneur, he has always been engaged in the social field, trying to help both Italian and Mexican community.
He has worked as Advisor for the Italian Chamber of Commerce in mexico and Vice President of the Assistance Italian Association; he has been Knight of Order of the Star of Italy and he currently holds the office of the Mexican COM.IT.ES’ President, the representative bodies of the Italian communites in the relations with the Italian diplomatic and consular missions. 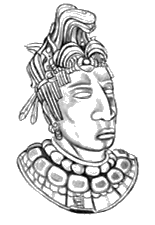 In collaboration with the Chair of Hispano-American Language and Literature and with the Language and Literature Department of the local University, the “Circolo Amerindiano” in Salerno presents itself as an eminently literary pole within the interdisciplinarity frame of C.S.A.C.A.
Nonetheless, the choosen topics – with regard to both International Congress in Perugia and seminars and conferences in the headquarter in Salerno – allow interpretations at many levels because they are texts focused on broader socio-anthropological and historico-political issues. 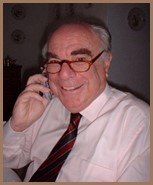 Since 1952 he is Executive in Techint Group.

From 1952 to 1959 he serves as representative for Techint Group in Middle East.

From 1959 to 1963 he works as representative of the International Bank for Reconstruction and Development (IBRD) in the Government of Haiti.

Since 1963 he lives in Mexico, after founding a headquarter of Techint Group in Mexico. 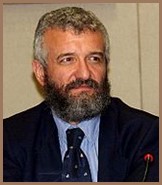 Donato Di Santo, born in 1958, for more than 30 years deals with political relationships with all the Latin America countries. He was the last Chief of Office for the relations with Latin America in the former PCI (Italian Communist Party), and subsequently has held the same office in the PDS (Democratic Party of the Left) and DS (Democrats of the Left).

In 1994, along with Giancarlo Summa write “Rivoluzione addio. Il futuro della nuova sinistra latinoamericana”. Di Santo deeply knows every countries in Latin America and most of the Caribbean ones, and keeps in touch with dozen of political, institutional and social representatives.
In 2008 he abandons the active politics sphere and becomes coordinator, under the Ministry for Foreign Affairs (MAE), IILA (Italian-Latin-American Institute), and Italy-Latin America Conferences, a role that he plays on a voluntary and gratuituos basis.

He is editor in chief of the Almanacco latinoamericano: if you wish to receive it, completely free of charge, you will need to register on the site www.it-al.org clicking on the page Almanacco.
You can also check his personal website: www.donatodisanto.com.

On a professional level, he works as Advisor and collaborates with IT-AL srl. 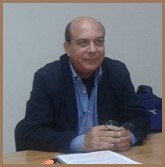 Carlo Mearilli has a MD in Political Science with a thesis on the Holy See and Third Reich, he actually works as Official at the History Office of the Polizia di Stato Department.

Vice President of the Centro Studi Americanistici – Circolo Amerindiano di Salerno, he coordinates there a monthly film forum-debate dedicated to the Latin american movies, focused on the bond between the movies’ industry and human rights. 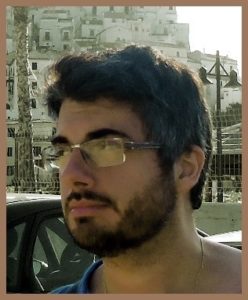 Alessandro Palazzetti was born in Spoleto on January 23rd, 1980.

Because of his love for visual arts and graphics, he cultivates his passion for drawing at the International School of Comics in Florence, where in 2011 he attends the Comics course and obtains a diploma.

His work activities go from engineering and technical drawing to graphics and, last but not least, training.
He creates graphics and ad projects for Grifo Latte, EuroChocolate, Pepsi Cola; from 2009 to 2012 he works with Esaprogetti Studio (Perugia) and he is one of the designers of “Parco del Sorriso” – Prize 2012, “La Città per il Verde” – located in the “Daniele Chianelli” residence, a structure that hosts patients of the Santa Maria della Misericordia Hospital in Perugia.

From 2013 he edits the official CSACA website and the International American Studies Congress graphic layout.

Born in Rome, on November 7th 1942. I obtained the master degree in Political Sciences at “La Sapienza” University in Rome in 1966. In 1967, through a public contest, I started working in the Diplomacy Career of the Ministry of Foreign Affairs in Rome and retired in 2009. Over the course of a long career in diplomacy I have held different positions both in Rome and abroad. At the Ministry I worked at the department General Directorate for Political Affairs, Emigration and Personnel as General Vice-Director for the Directorate of Americas from 2002 to 2005. Abroad, I served at the ambassies and diplomatic offices of Geneva (Permanent Representative of the UN) Lima, Beijing (Chief of Staff of the General Consulate) and Paris (Permanent Representative at OCSE). As Ambassador, I represented Italy in Colombia between 1998 and 2002, and in Mexico between 2005 and 2009. From 2010 to 2014 I mantained a collaboration with the Latino-America Italian Istitute (IILA). 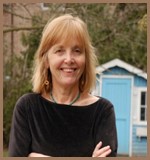 Dr. Paola Maria Sesia has a master degree in History, specialization in Public Health, and a PHD in Cultural Anthropology with a study centered on medical anthropology. She is professor, researcher and coordinator at the CIESAS-Pacifico Sur, where she started working in 1990. Dr. Sesia’s areas of interest cover social and sanitary problem regarding maternal, reproductive and children’s health; food and nutrition security; social policy and public health; social equity, gender and social inequalities, and rights and regulations in public policy; children rights; with a special focus on indigenous population and social groups in special condition of need and vulnerability. She authored, co-authored or coordinated the composition and publication of seven books and more than thirty articles and book chapters. She took part and coordinated more than ten externally or publicly funded research projects and supervised twenty degree, PHD and specialization thesis. She was twice regional director of the CIEASAS’s Unidad Pacifico Sur and coordinator of the Comité Promotor por una Meternidad Segura en Oaxaca. Currently, she is a member of the general board of the Comité Promotor. She worked with UNICEF in the creation of a specific program in support of children’s rights. She is member of the Sistema Nacional de Investigadores. 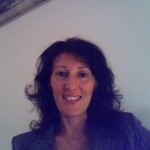 Born in Rome on March 1st 1969. Master of Arts in Modern Literature at Università degli Studi of Perugia. She is a member of the CSACA since 1993, with whom she leads a research project in Ethno-archeology on the Preculumbian Mexico. She was a member of the Governing Council of the CSACA from 1994 to 1998, holding the role of Vice-president of the council for two years. In 1994 and 1995 she took part in the project “Missioni di Studio” in Guatemala, Mexico, Honduras and Belize. She spent most of 1996 living in Mexico City for research reasons. From 1997 to 1998 she authored articles about Precolumbian Mexico on the magazine “Era200”. In 2008 she worked with the anthropology magazine of Perugia “Percorsi Umbri”.