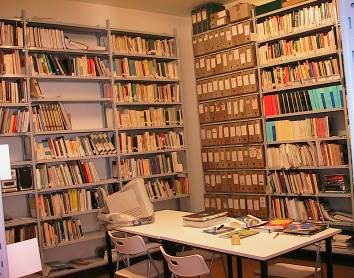 The main room of the Library

The library can boast over 40 years of history, since the documentary collection began concurrently with the founding of the Association “Circolo Amerindiano”, in 1977.

At the present, the library is hosted in the headquarter of Centro Studi Americanistici “Circolo Amerindiano” Onlus, in the historical center of Perugia (via Guardabassi, 10), a venue granted by Perugia Municipality, after having considered the relevance of the library’s legacy.

The collection is eminently dedicated to American Studies; its targets are scholars and experts, university students, curios people, persons passionate about American cultures, schools and children. Its main aim is to be a supporting tool for research, for the dissemination of knowledge, for the strenghtening of awareness on human rights and good practices of intercultural sharing. 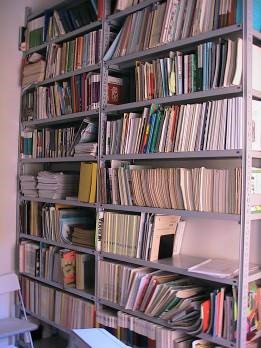 Currently the library contains 25.000 monographies and over 400 journals (for a total amount of 4000 journals’ years). It is articulated in library, newspapers library and special funds.

To be considered there are also the library of Rodolfo Calpini, following his testamentary disposition, that is composed of 5000 volumes and 4.000 volumes of “Gerardo Bamonte” Private Fund.

The present volumes are written in tens of languages, among which native ones, and are published in multifold states, mostly European and American ones, but also Russian, Chinese and Arabic.

It is estimated that at least 25% of these volumes are not included in SBN Index (National Library Service), which means that no Italian library owns them.

Among the volumes, some valuable works are to remembered, i.e. 30 anastatic prints of Mesoamerican pre-Columbian Codexes.

The newspaper library contains journals, with complete historical series and ongoing arrivals, for what concerns scientific and specialized literature and cultural-political debate on American cultures. 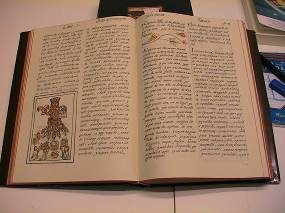 Reproduction of the Codex Florentinuum, 1577

The special funds are generally characterized on the basis of contents and provenance.   At the moment, there are 7 funds of this nature: 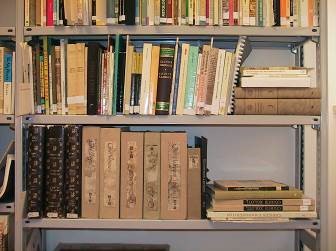 The library of CEDORICA contains a rare collection of anastatic reproductions of Mexican pre-Columbian codes, almost unique in Italy

For the future, there are already other agreements for the acquisition of other highly significant funds , which will be added to those already present in our headquarter (Rodolfo Calpini’s personal library on the subject of religious phenomena, Gerardo Bamonte’s, ethnologist of the Amazon area): 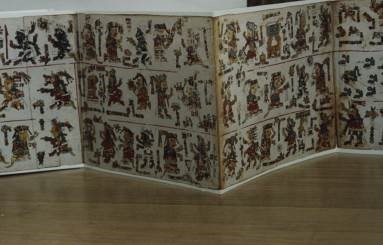 The updating and the increase of the collections guarantee the library to have an average of 500 new entries of volumes per year (we consider the standard increase, not the acquisitions of special funds). It is carried out, traditionally, through purchase, exchange and gift.
The purchases, due to the limited financial endowments, only concern the completeness of particular sectors or series, or new releases of relevance.

The exchange, carried out through the Thule magazine and the volumes I quaderni di Thule, both published by Centro Studi Amerindiano, mainly concerns periodical publications on scientific topics from all over Europe and the Americas.

Donations are made through two main channels: the relationships established for some time with the main governmental, university and private institutions of American studies, and, on the other hand, through the annual conference organized by Centro Studi Americanistici, now recognized as one of the major global events in the sector, which sees the participation of scholars from all countries who donate their most recent works or those of their home institutions.

The policy of interlibrary cooperation and sharing of library resources has made it possible for our library to be part of the circuit of the civic libraries in Perugia, now about to be included in the shared catalog of SBN (National Library Service), through Polo Umbria 1, the channel which brings together all the libraries in the Umbrian territory, thanks to an agreement that will be finalized in agreement with the Augusta Library of Perugia and with the Culture Service of the Umbria Region.

It is easy to foresee a significant increase in the number of users, local or remote, regional and national, depending on the greater accessibility to the bibliographic information thus obtained. In particular, this could concern the interlibrary loan, with requests for information and documents from the entire national territory. In short, it would act as a huge multiplier of cultural and scientific issues and it could adequately respond to the sector’s documentary request.

This will entail, on the other hand, a major commitment by our library, first of all in terms of cataloguing efforts, and then in terms of services offered.

The library is open to all, regardless of gender, race, religion, political affiliation, sexual address or other discriminatory reasons. Users’ registration in the registry office of the library is needed, and the library offers its services free of charge, except for those with costs at one’s own expense (reproductions and postage).

The services offered are:

The library carries out support tasks for the annual conference, research and project activities of the Centro Studi, and independently organizes seminars, debates and meetings with authors.

The library participates in reading promotion campaigns, such as “Umbria books”, “Ottobre piovono libri” and “Nati per leggere”, for adults and children; for high schools classes, it proposes cycles of meetings dedicated to human rights, indigenous rights, interculturality and legality education. It organizes bibliographical exhibitions on pertinent topics and it is also a bookcrossing venue.